"Wow!!! What an amazing once‑in‑a‑lifetime adventure...They took care of everything." - Angel Perry (December 2021)

Argentina has over 80% of its citizens fully vaccinated.
It does not require covid-19 vaccination or a negative covid test for entry.

We provide a 100% flexible trip booking policy, plus wE'll take care of coordinating anything needed so you enjoy a Worry‑Free travel experience.

CHOOSE YOUR DESTINATIONS & PREFERENCES AND GET AFREE CUSTOM‑MADE ITINERARY IN UNDER 24 HOURS!

World capital of Tango and a captivating city with delectable first-class cuisine & an eclectic and distinguished collection of architectural gems.

Largest Falls on Earth. Voted as one of the "New 7 Wonders of Nature" by over 100 million people. Located in the midst of a tropical rainforest.

The southernmost city on Earth, located in Patagonia. Canoeing; 4x4 off‑road; trekking, exploration and unique experiences for the adventure seeker.

World capital of Malbec wine. Located at the foothills of the Andes Mountains. Unique wine, cooking and adventure experiences for wine & food lovers. 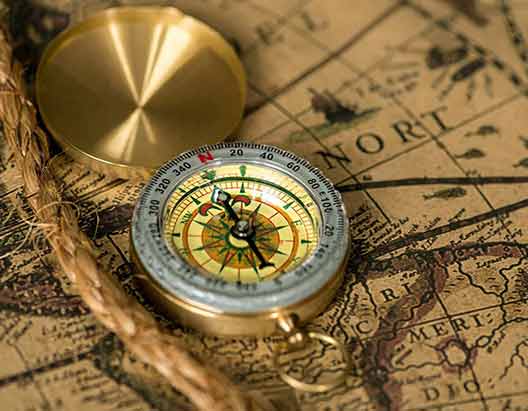 Let our Argentina travel experts suggest the best destinations for you, taking in consideration your trip dates, duration and any comments you provide.

*If you don't select a trip duration or start date, we'll suggest an option which we can later change as needed.

Select your trip start date (the day you arrive in Argentina)*:

* You can input an estimated date or input no date at all and we'll suggest a trip start date for you. We can later change this as needed.
Close

Please start counting from the day you arrive to Argentina (if you would like us to suggest a trip duration, please keep "0" on this field)

*We would LOVE to send you a free itinerary proposal full of useful information and tips EVEN if you don't know if you'll do this trip!

Complete your contact information to receive your itinerary in under 24 hours!

We'll use your email ONLY to send your itinerary, we won't subcribe you to any newsletter.

We would LOVE to send you a free itinerary proposal full of useful information and tips EVEN if you don't know if you'll do this trip!

WHY TRAVEL WITH US?

"This was such an amazing trip that I would be delighted to be a reference and contact for future guests."

"I cannot say enough about the service I received from Exploration Journeys and am happy to provide a reference to anyone requiring one."

"The company certainly lived up to its motto 'first class and worry free'. I would be very glad to act as a reference for future travel guests."

"Anyone may contact me and I'll tell them what a wonderful time we had and what a great tour company you are."

"Please allow any of your prospective clients to contact us! Thanks again."

"We look forward to packing for another journey with you. And we will happily serve as a reference for others who may require additional information."

Enjoy the peace of mind of a Worry‑Free trip

"The attention to detail and prompt communications resulted in the smoothest, most stress-free trip we have ever taken.
The whole experience was amazing."

"Exploration Journeys gave me the gift of peace of mind, exactly what you need on vacation. I so appreciated the attention to detail, as that can make or break a trip (especially with kids)."

"We were 22 people, ranging in ages from 8 to 80, traveling to 4 cities in twelve days. So seamless and easy, I wish I could have them with me for all my travels from now on!!!"

"Exploration Journeys provided a wonderful, stress free experience.
Not one single hiccup during the 23-day journey. Fred crafted an itinerary that dovetailed beautifully with our needs."

"Everything ran smoothly and freed us up to really enjoy the beautiful experiences instead of having to worry about the little details."

"Every detail was taken care of so all we had to do was relax and enjoy ourselves."

"The meticulous attention to detail and personal service was unsurpassed.
Our trip was one of the best vacations we have taken, and absolutely stress-free thanks to Fred and Exploration Journeys!"

"When I was rushed to the hospital in Buenos Aires for appendicitis, Fred went above and beyond. He came to the hospital frequently during my stay, providing essential Spanish-English translation between the doctors, nurses, and us."

"Fred of Exploration Journeys must have his phone superglued to his hand because whenever we had a request he almost immediately responded-regardless of the time and day."

"Most impressive, however, was the reaction of Fred when we could have been stranded at one of our sites because of an airline strike. He immediately responded with effective action in finding flights for continuing our journey. It is not an overstatement that he saved the latter part of our vacation!"

"When one of our bags did not arrive in Iguazu, Fred was able to trace it immediately and arranged delivery to our hotel within a few hours."

"Thank you Fred for your outstanding service and personal approach especially arranging a wheelchair for my husband when he fell down in Iguassu. We did not miss a single spot in Iguassu to enjoy!"

"Fred, as our host for the trip, did more than I ever expected, especially with having to deal with multiple airline cancellations that required him to work alternative arrangements and reschedule hotels and tours. He was always available and working to get us back on track."

"This was an unparalleled experience which we consider the best trip of our life, particularly for the superb selection of hotels, tour guides, activities and the extensive hand‑holding and support we had throughout our trip."

"The guides were experts and the personal service made this trip a dream. Everything went smoothly and our trip was worry-free."

"The local guides were not typical at all; with each one it was like spending a day with a local friend."

"Our guides were exceptional and, in fact, some of the best guides we have ever had in our international travels."

"The tour guides Fred hired for our tours were absolutely outstanding and their personal attention to our preferences was second to none."

"Each of the tour guides were not only exceptionally knowledgeable, they shared such insight about the culture and lifestyle."

"I have traveled extensively for business and pleasure but found Fred to be the best at travel planning and suggestions. His service was flawless and our family adored every one of our tour guides and drivers."

"Exploration Journeys made this a truly worry-free trip! They work to have the best guides you will ever find! They were highly knowledgeable, personable, and attentive, beyond what we have experienced with all our other travels."

Contact over 165 Past Guests for firsthand accounts.
See their booked itinerary and trip photos.
No other travel company can offer this!
see all »

Read all reviews and ratings our guests have posted on Facebook

Read all trip reviews our guests have posted on TripAdvisor

"I have been to over 40 countries and I have to say that this is the best private tour company I have ever used!" - Monica Zayas. Read all Google reviews

Located in Patagonia, at the “Ends of the Earth”, Ushuaia is the southernmost city in the world, and an exciting destination for the adventurous traveler.
Get ready for canoeing expeditions in the Beagle Channel, trekking and exploring uninhabited islands and pristine landscapes, and enjoying thrilling and scenic off-ro ... show more
See other suggested destinations:
» Buenos Aires (City of Tango)
» Iguazu Falls (Selected by 100 Million Voters as One of the "New 7 Wonders of Nature")
» El Calafate (The Glaciers Region)
» Bariloche (Patagonia's Natural Beauty)
» Mendoza (Wines, Rock Giants & Adventure)
» Peninsula Valdes (Marine Wildlife Sanctuary)
» Patagonia Region (Nature's Last Refuge)

Read trip reviews from guests whom you can contact!

"Fred covered every base so there was no room for error or confusion. Our drivers showed up on time, they all spoke beautiful English. The biggest bonus for us was that we did not have to travel with a group! We loved that!"

Wendy & Frances visited: Buenos Aires and Iguazu Falls.
This was their first trip to Argentina.

"This was my first trip with Exploration Journeys but it won't be my last!

At first, my mother and I were nervous about doing everything over the internet, but our agent, Fred, put our mind at ease by answering each and every question in a professional and timely manner and by tailoring the trip to our specific needs. The biggest bonus for us was that we did not have to travel with a group! We loved that!

Fred covered every base so there was no room for error or confusion. Our drivers showed up on time, they all spoke beautiful English and our accommodations and excursions exceeded our expectations.

I would highly recommend this company as they obviously take pride in what they do and have the experience necessary to do it well.

Thank you for a memorable experience! "

Why are our guests’ testimonials so unique?

Because we only post testimonials from guests who grant us permission to:

Publish their full names
and location

Be contacted by potential
guests